Tom Gerker of Parts & Power Ltd,  received a call from Erwan Le Normand at Caraibes Diesel in Sint  Maarten at 5:45 pm on the 19th of April 2021.  Erwan desperately needed a  Northern Lights M673L3G marine generator for S/Y Encore, whose owner was due to arrive on the 21st of April for the first visit in over a year.

With the vast inventory of Northern Lights generators and parts held in stock by Parts & Power in the British Virgin Islands, Tom was able to expedite delivery.  He contacted Captain Neville Brathwaite Jr of North Eastern Caribbean Airline, located at Beef Island, Tortola.  Neville said he would make it happen.  The Britten Norman Islander aircraft was the perfect plane for this mission! 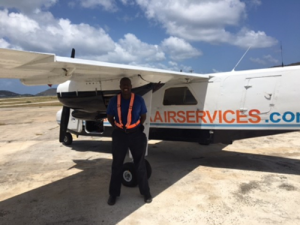 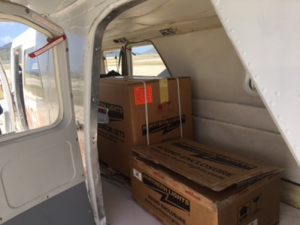 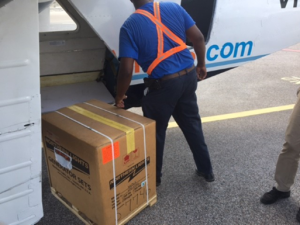 The Northern Lights generator arrived at Princess Juliana International Airport at 2:30 pm the next day and was delivered to the boat by 3 pm.

Parts & Power had a generator delivered to the customer in Sint Maarten 21 hours after the initial call, which was also after regular business hours.

Even more impressive, Erwan and the Team at Caraibes Diesel Services had the generator installed by 10 AM the following morning. This is Caribbean Nothern Lights at its very best.

In this pandemic era, no one would have thought this possible! 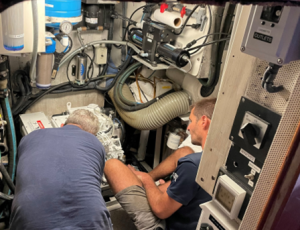 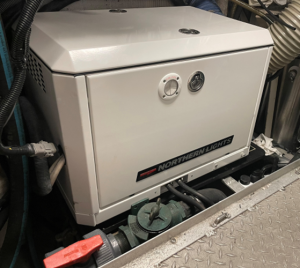 The Parts & Power Team worked hard to make this happen.  Those not directly involved, picked up the slack so others could.  It was truly a team effort.

I can’t thank everyone enough for the extra effort in making this happen. We received the generator at Port de Plaisance around 3:00 pm this afternoon and had it in the boat shortly thereafter.

Great job all around, very impressive, we truly appreciate it!!